Ireland and China – Looking Towards the Next 40 Years

The Department of Foreign Affairs and Trade, together with the Ireland-China Institute, hosted an event on the 22 October entitled “Ireland and China – Looking Towards the Next 40 Years”, to mark the 40th anniversary of diplomatic relations between Ireland and the People’s Republic of China.

During his remarks on the night, the Tánaiste highlighted the growing relations between Ireland and China, and said that he hoped we would continue to grow our relations in the next 40 years. He also acknowledged the need to improve the mutual understanding, and asked the audience:

“How do we bring together the different layers of knowledge of China that we have, our different experiences and different perspectives? In this agora of understanding, we could share and deepen our knowledge of China and discuss how we might best penetrate this vast country to good effect. This will help us to ensure that China will be one of our key international partners as it continues to grow in stature.  It will ensure that we deepen our positive relations with China on the basis of friendship and cooperation far into the future.”

Overview of bilateral relations between Ireland and China:

The Ireland-China Institute is a newly-formed Dublin based think tank which aims to strengthen Ireland-China diplomatic relations, develop cultural links, and promote a deeper understanding of both Ireland and China.

The event, which was held in Iveagh House, began with welcoming remarks by the Secretary General of the Department of Foreign Affairs and Trade, Mr. Niall Burgess, followed by an opening address by the Tánaiste. This was followed by speeches by H.E. Ambassador He Xiangdong, Ambassador of China to Ireland, and Ruairi Quinn, Board Member of the ICI. A panel discussion was held with a number of politicians, academics, and business people with an interest in China, including Enda Kenny, Jerusha McCormack, Liming Wang, Caroline Devlin, Alan Wang, and Pat Ledwidge, followed by a Q&A with the audience. Closing remarks were made by Mr. Ken Duggan, Chairman of ICI. 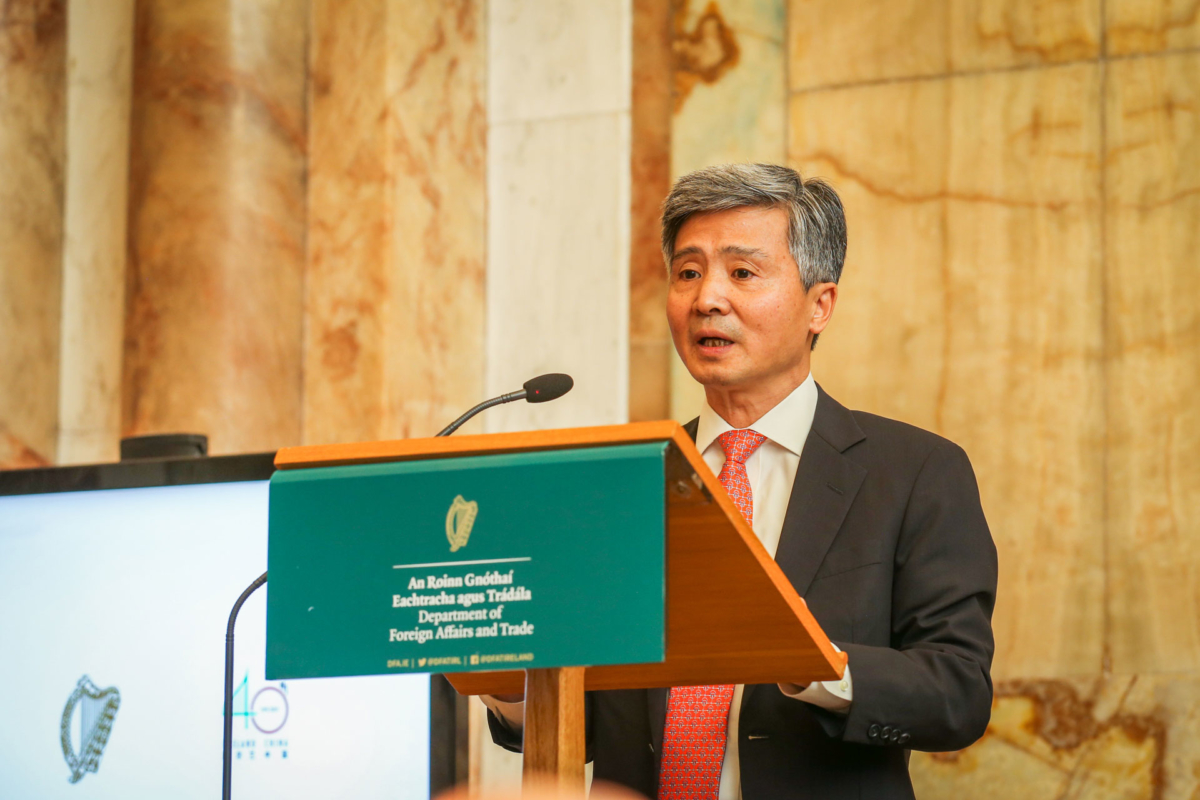 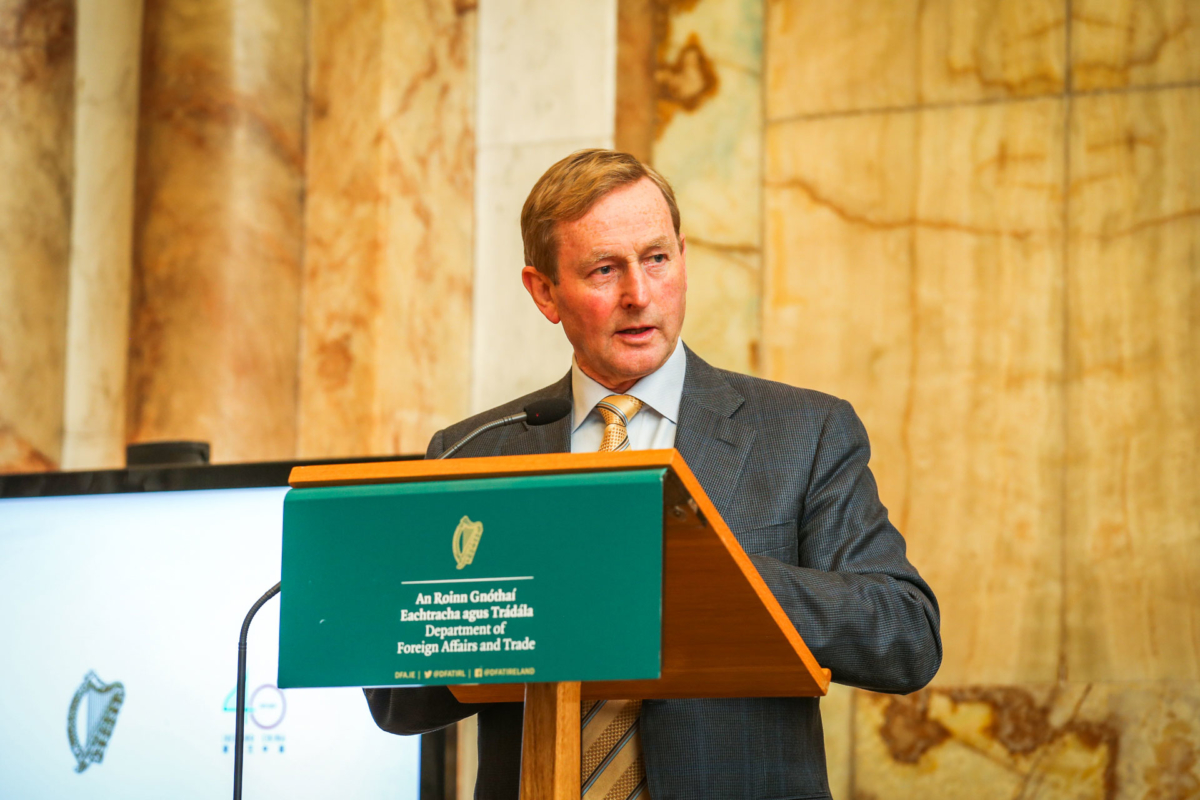 Enda Kenny ICI Board Member who chaired the proceedings 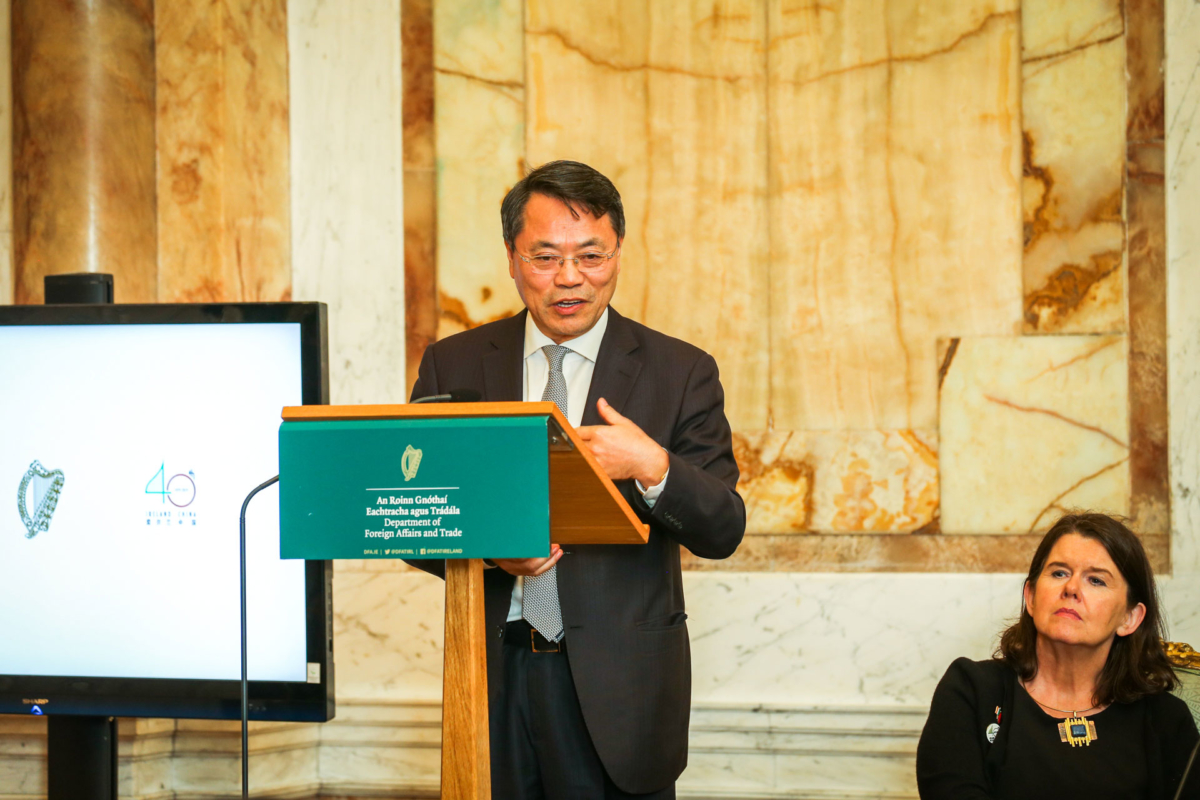 Professor Liming Wang ICI Board Member who addressed the event 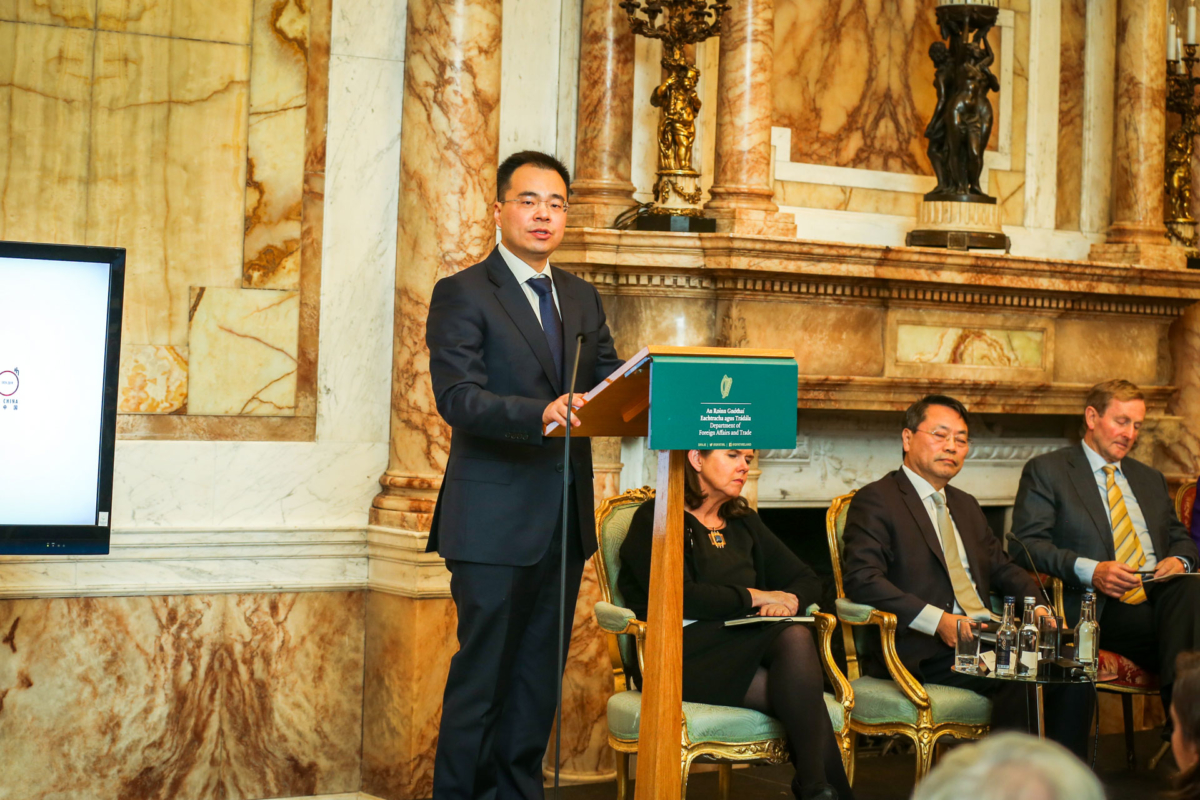 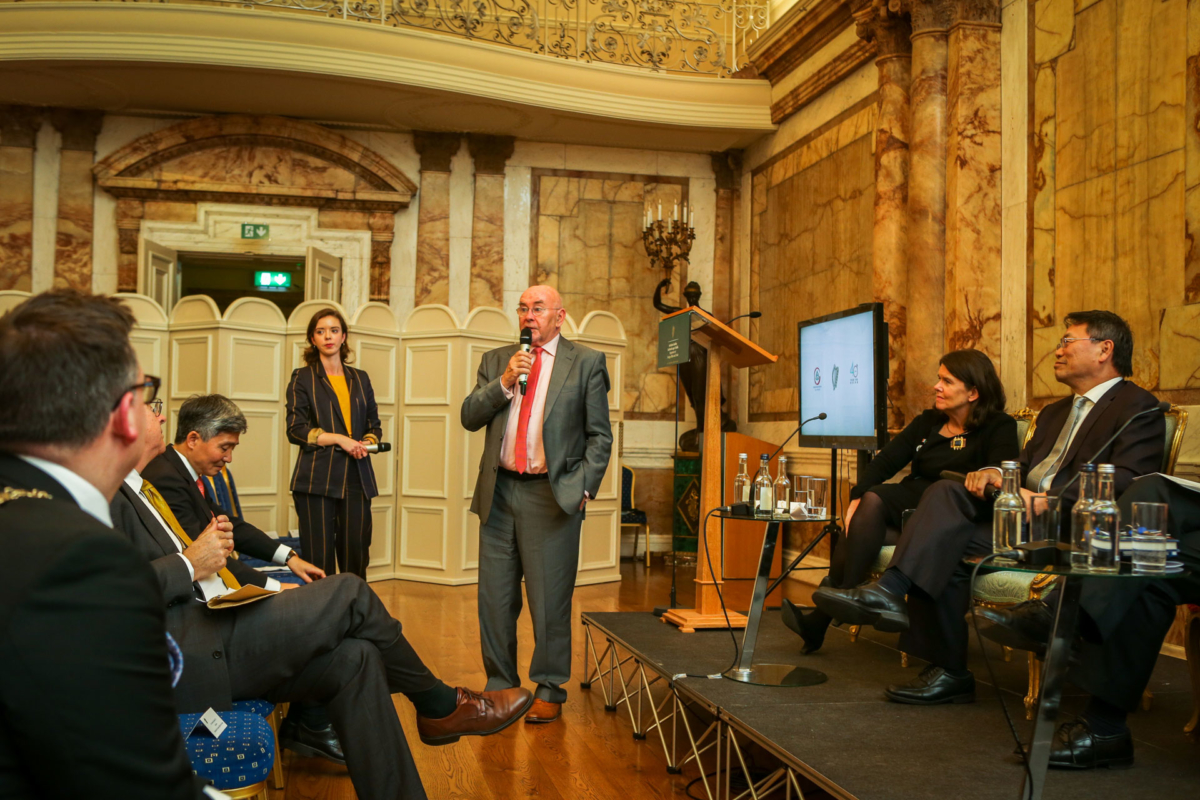 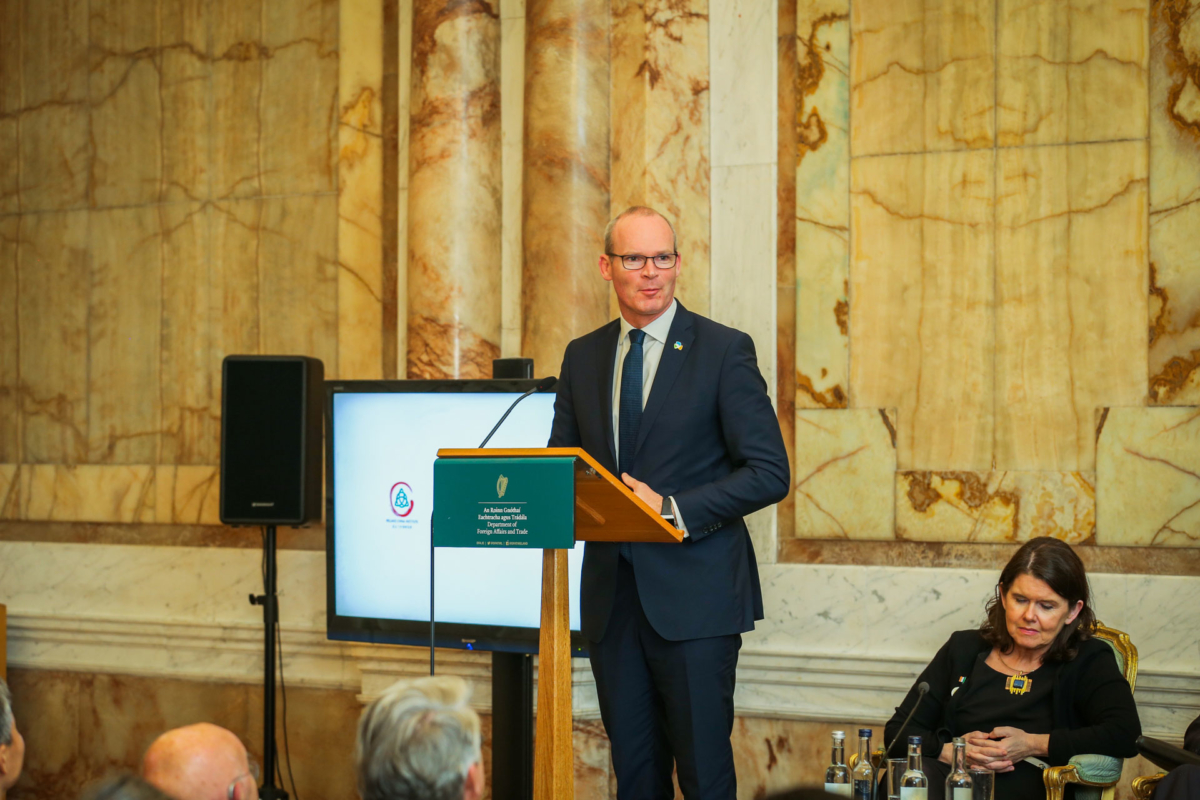 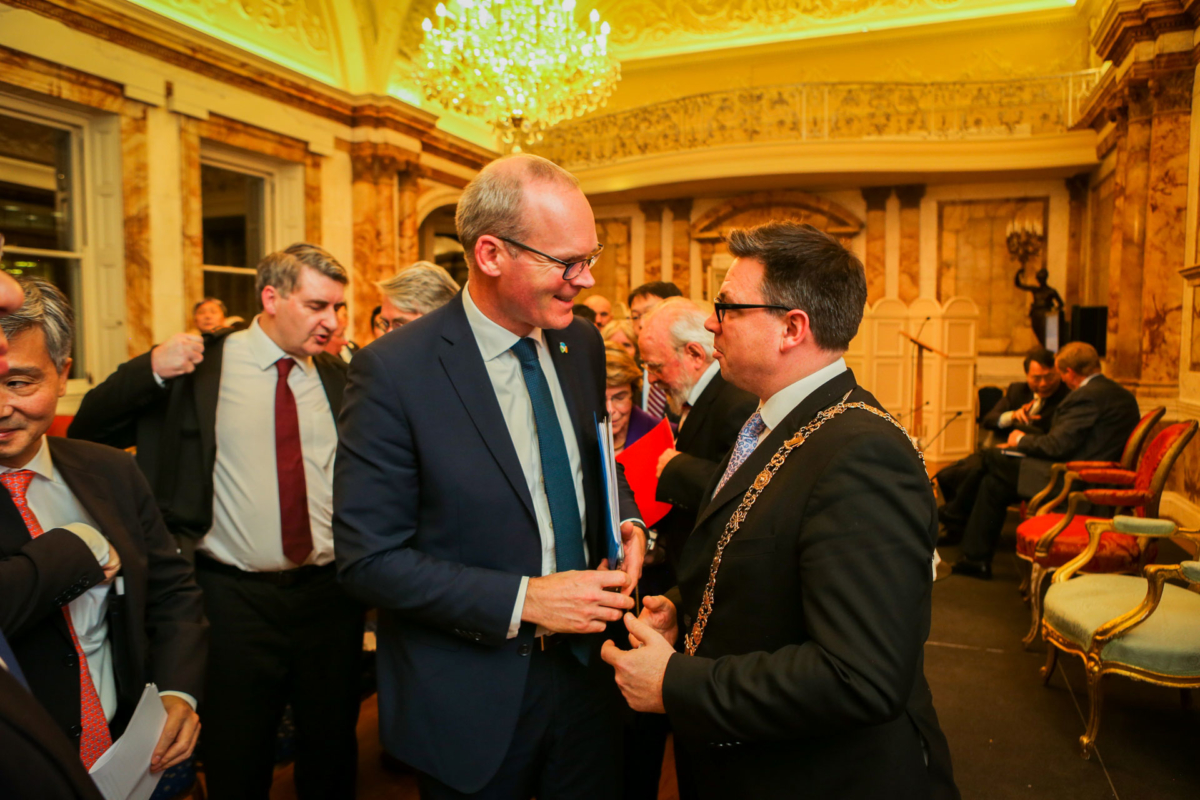 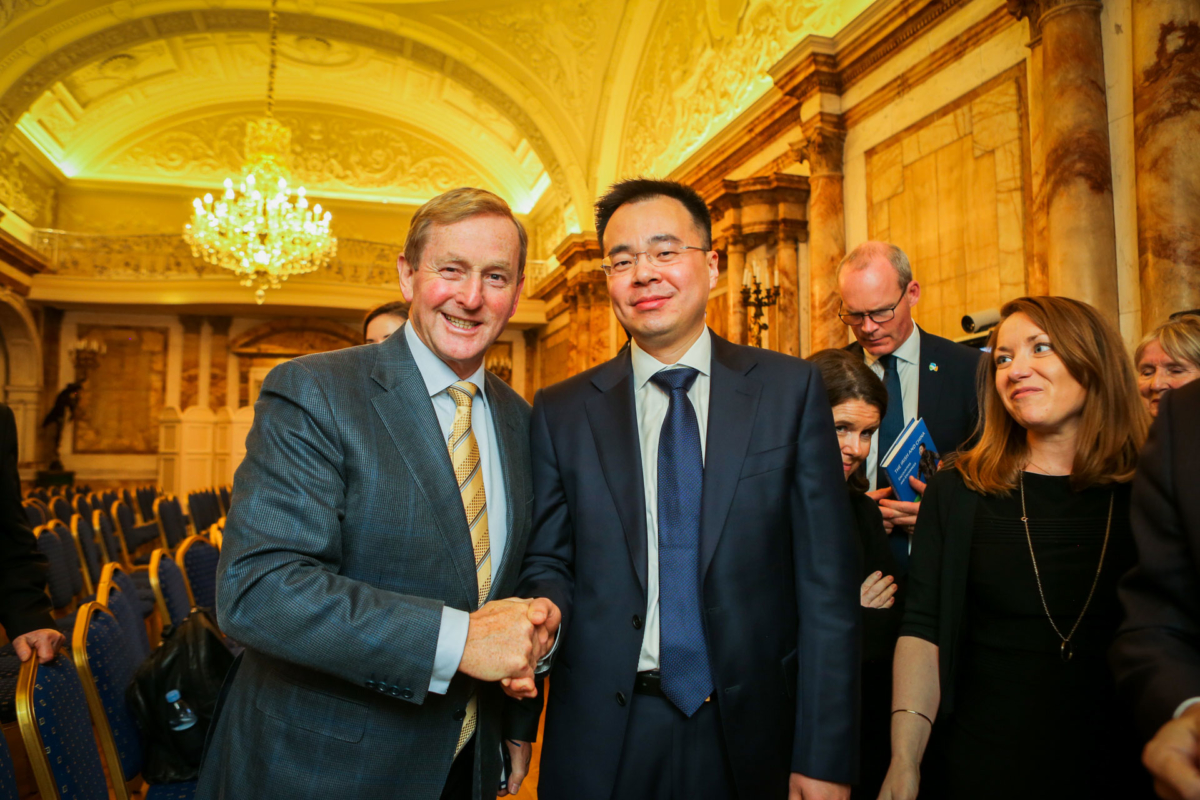 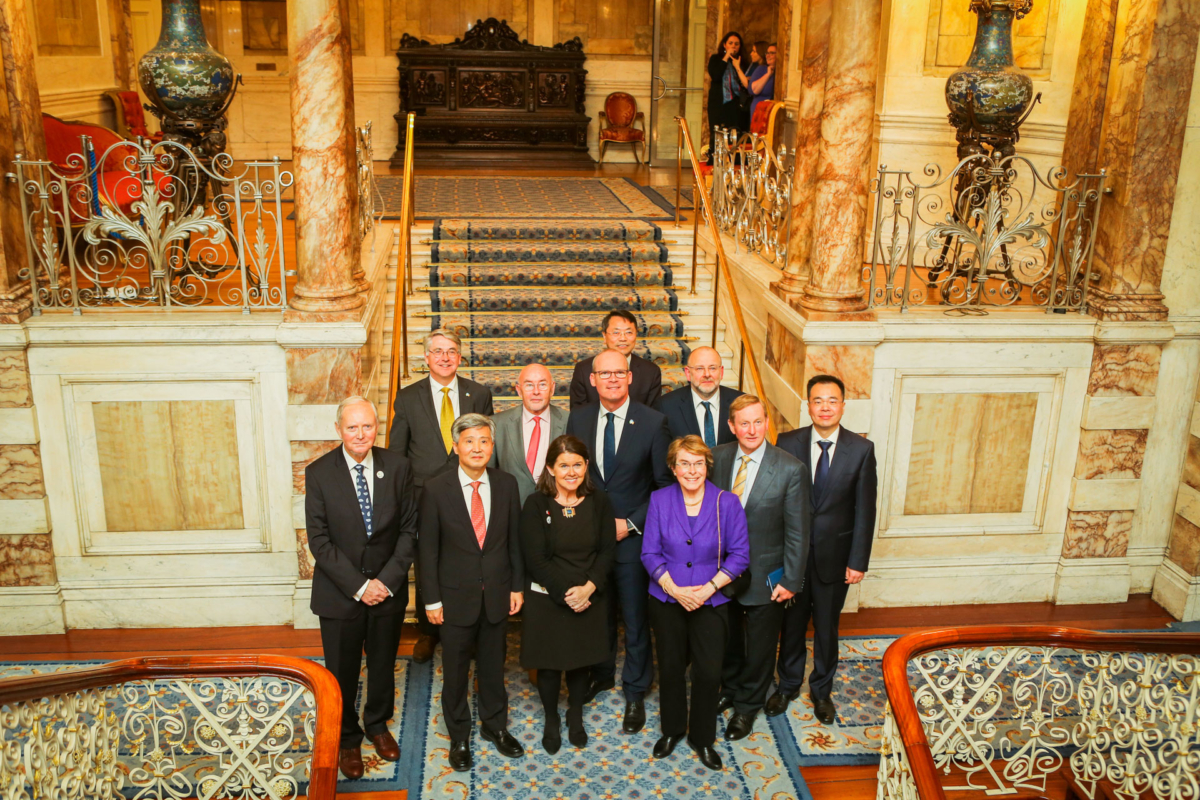 Group shot of participants on the stairs in Iveagh House 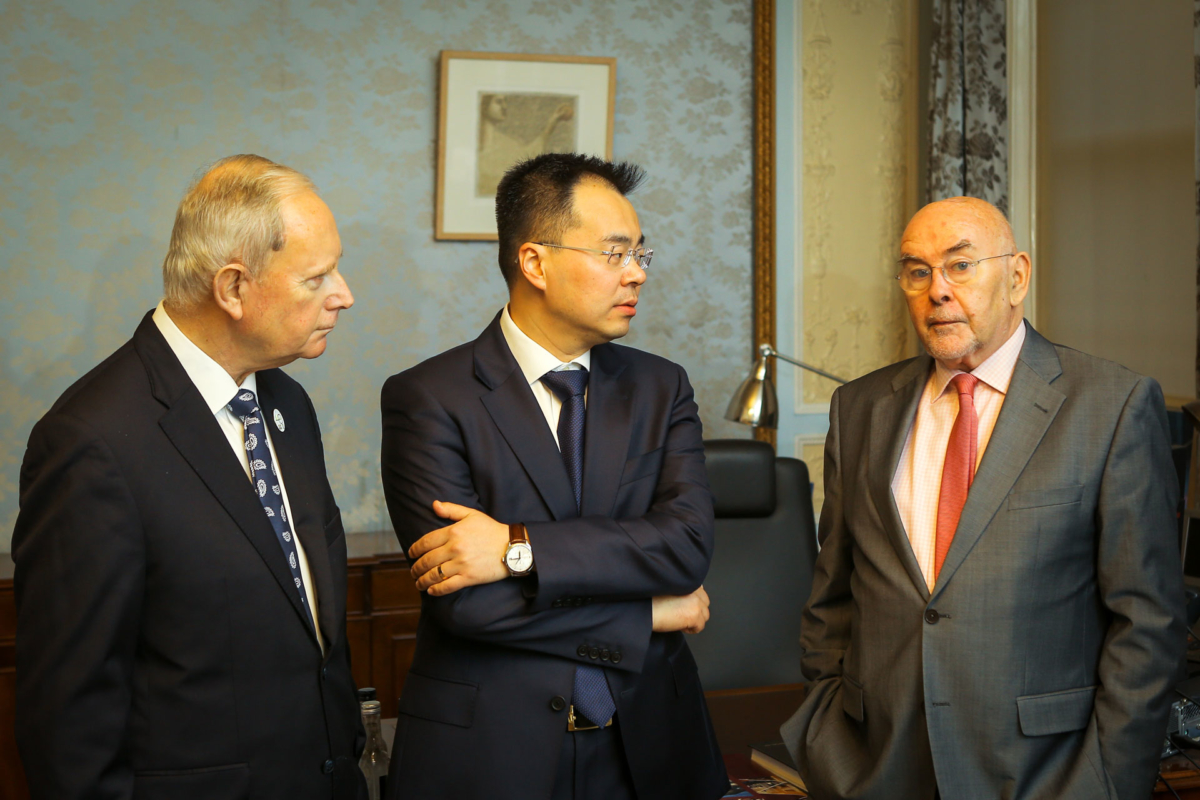 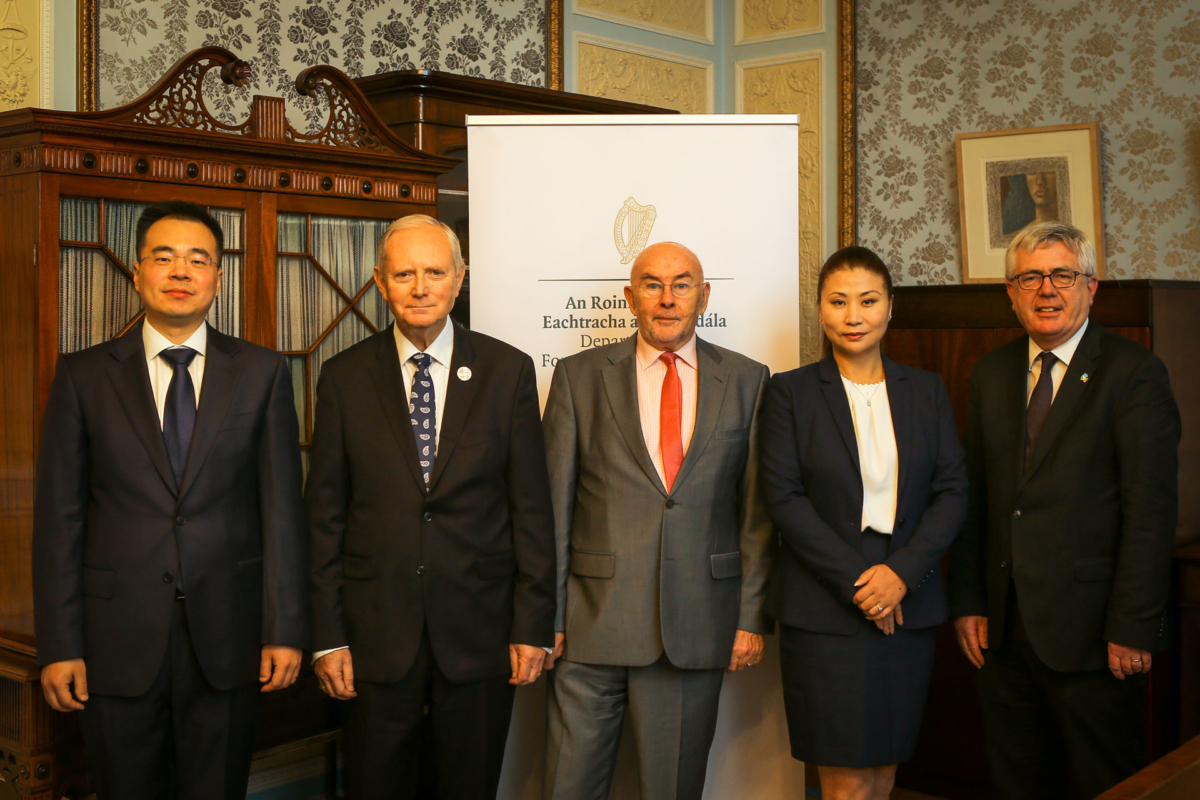 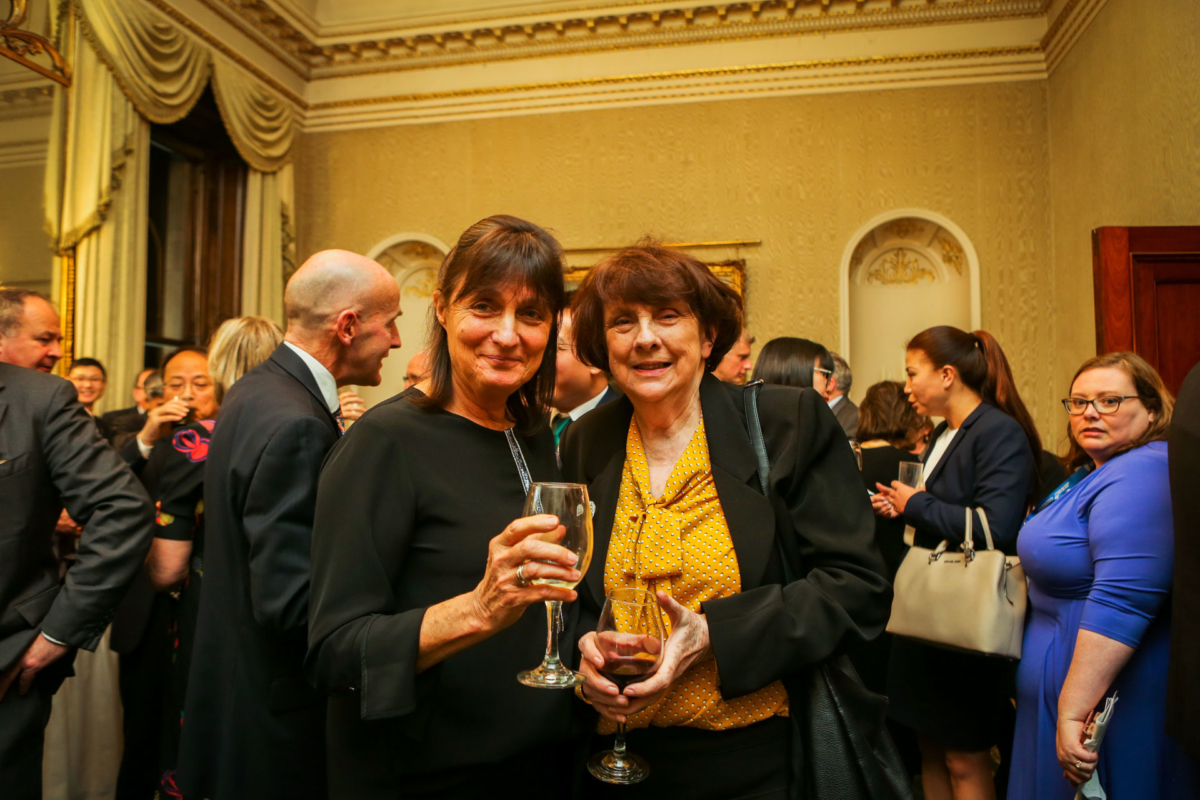 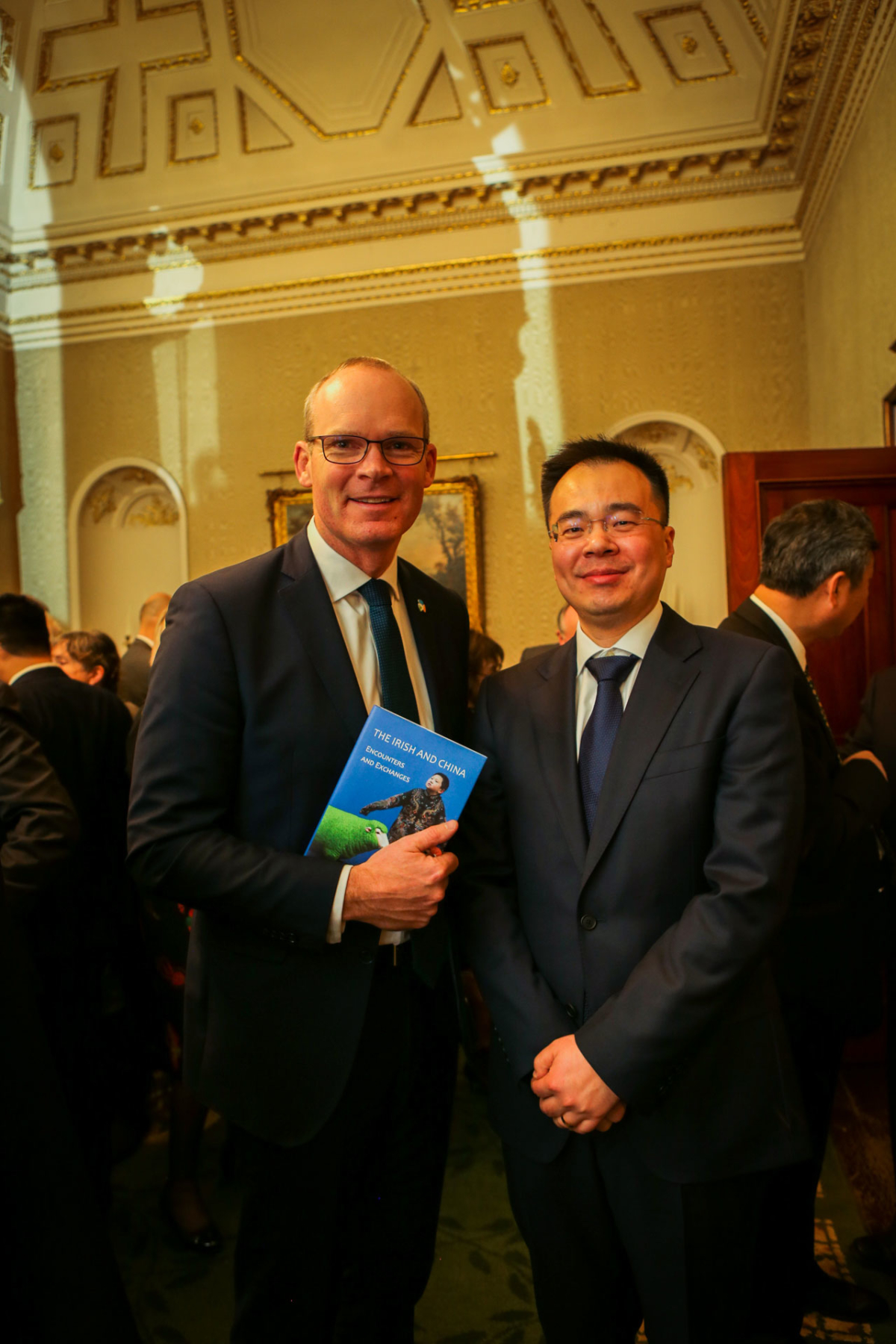 An Tanaiste Simon Coveney with ICI Board Member Alan Wang 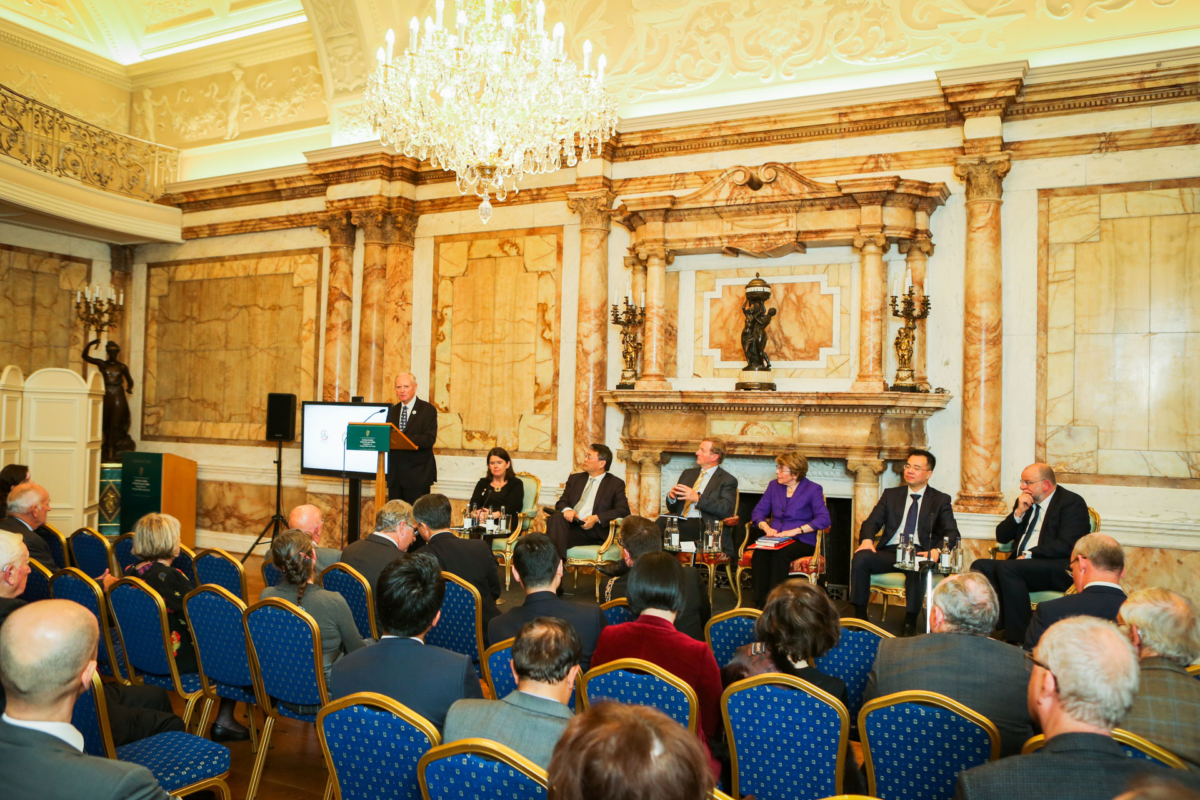