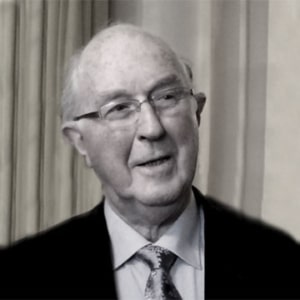 I am sitting in front of a blank screen staring at the incredulous title, Brendan Halligan, a Personal Tribute, in disbelief and sadness.

Regrettably, I only knew Brendan for the last 6 years but time for Brendan was a limitless area of exploration in which he travelled purposefully and with consummate ease.

Many, including our Board Member, Pat Cox, have eloquently borne testimony to his abundance of intellectual, social and organisational skills. In my interactions with Brendan I was very conscious of the brilliance and intuitiveness of his thought process which was always displayed with great humility and understanding.

He was a mentor, a teacher, and a friend to me, constantly setting goals, encouraging whatever small progress I had made, forgiving without being patronising.

He was a person of spectacular vision, the first of many qualities which initially drew me to him.

He regularly showed his great love of humanity which ultimately inspired him to establish the Institute of International and European Affairs and his most recent, The Ireland China Institute, all focusing on the concept of creating a better understanding of our fellow human beings in a diverse global context.

It is important that his rich and cultural legacy be continued in the work of the Ireland China Institute not as a cold monument of remembrance but as the living organic embodiment of the timeless ideals and inate philosophical values which made Brendan Halligan not just a unique figure but a rare treasure of a human person.

May he rest in peace.

Brendan Halligan has lived a long and full life whose vitality we celebrate and whose passing we mark with a deep sense sadness here today. For his many friends from many walks of life, young and old, there is a real sense of loss – the loss of a man whose gift of friendship, so generously and widely bestowed, was personal, meaningful and affirmative for all who knew him.

And a sense of sadness too, due to the unique circumstances that prevail related to COVID-19, that so many of those friends cannot be here today – personally – to express their genuine sympathy and affection for their fallen comrade, Brendan, and to bid him farewell on his final journey. He would be particularly pleased Mr President and Brendan Howlin, representing the Labour Party, that you are here to offer him one final comradely embrace.

This feeling of sadness is compounded by the several months that Brendan spent in hospital during lockdown depriving him, his family and friends of direct personal contact with a man whose gregarious personality never tired of the companionship of others. Indeed, for Brendan good conversation was a constant – all the more animated and invigorated especially when dining and sharing a fine wine in the company of family and friends.

He bore his long illness with great courage and dignity. In recent months while hospitalised during the lockdown, energy permitting, he enjoyed an endless flow of virtual contacts and telephone calls. I know, because he spoke so often to me about it, the joy he felt at the frequency of the contacts between himself and his grandchildren. This revealed yet again Brendan’s remarkable zest for life. The range, depth and diversity of topics discussed and his appetite, even then, for encouraging, mobilising and harnessing the energies of others driven by his personal dynamism never ceased to amaze.

Brendan was a Dub, through and through, raised in Rialto and educated at St James’s CBS, the Dublin Institute of Technology and UCD. He radiated heartfelt pride when his beloved Dub’s made it five in a row. He began his working life at the Irish Sugar Company forming lifelong friendships that have endured to this day. It is wonderful to see those colleagues here today. He has been an active member of the Labour Party for decades. He served first as its Political Director and then General Secretary for more than twenty years where he honed his organisational and motivational skills. He has been a Senator, a Teachta Dála and a Member of the European Parliament. He was Chairman of Bórd na Móna, of the Sustainable Energy Authority of Ireland, a founder director of his own public affairs consultancy and a Director of Mainstream Renewable Power. It is a curriculum vitae full to overflowing and yet there is more to tell.

Convinced that Ireland’s greater good is served by her integration with Europe, Brendan Halligan threw himself, aged 55, into launching and leading the Institute of European Affairs. This later became the Institute of International and European Affairs of which he was the founder and until his death, President. It is and will be a powerful and enduring legacy.

During Irish European referendum campaigns he was a force of nature – mobilising, organising, encouraging and cajoling – a diverse community of individuals and organisations in the name of civil society to make common cause in serving what he understood to be a vital public purpose.

What marked Brendan out is that he was not just a craftsman and speaker of words but also he was a doer of deeds, a leader of men and women, young and old – the  quintessential man in the arena, the personification of active citizenship through which the idea of a Republic best can thrive.

His most recent legacies include the foundation  in his eighties of the Ireland China Institute, which he presided, and, after the election of President Macron in France, the convening of the French Reflection Group. His interests in public policy and politics knew no bounds.

The man I and so many others know and admire so much was my senior in years but in truth there was no gap between us or between him and his juniors, whatever their age. Although we all age physically with the passage of time, personally and psychologically, Brendan, at heart, remained essentially a man still in the prime of his life and at the height of his powers through all the years I have known him, right to the end despite a long illness.

Brendan’s encyclopaedic and eclectic reading interests yielded many worthwhile book recommendations for many of his pals. This is another more personal loss that numerous close friends will miss about him.

In his sixties Brendan went back to college as a mature student  to study early Irish history, language and culture in Trinity College Dublin in which he invested himself with all the passionate intensity that was the mark of the man. Brendan was European – yes – and Irish to the core – the embodiment in one man of a plurality of identities overlapping, reinforcing and not contradicting each other.

But if all these things stand out as milestones marking the life and times of Brendan Halligan they flowed from the anchored stability of the safe haven which was his home and family – a loving husband of 56 years to his wife, Margie; a lovely dad to his children Gráinne, Fergal and Aoife; a proud grandfather of Cillian, Ailbhe, Fionn, Oisín, Tara, and Rían, a caring brother to his sister Eileen and a much loved family man to his many in-laws.

This was the centre of Brendan’s life from which the energy of his convictions and the force of his personality radiated out across such a wide universe of interests.

We bid farewell to Brendan – the family man –  the public man – the wonderful friend – the thinker of thoughts – the doer of deeds – the mentor to many – the great convenor- the practical patriot – the man who used his God-given talents to the full over the course of a long and well lived life.

In the words of his late father that he liked to invoke – ‘have no regrets’. Brendan lived and died true to that dictum – having no regrets.

Our friend has died.
One of Irelands great voices has been silenced by the inevitable reaper.
Some folks think without doing, while others do without thinking. Brendan Halligan not only did both, but accomplished them with a sense of class and inclusiveness.
His accomplishments were legion. The direction in which Brendan was to travel in life was first manifest when, as one of a team of 4 working class lads they clubbed together to put one another through university. When the first qualified and was employed he helped pay for the next one. In this way 4 fine talents were unleashed, which otherwise might have withered without note.
Brendan was Secretary of the Labour Party for many years. In many respects the Labour Party reached its peak of political influence during his tenure. He worked closely with the Party leader Brendan Corish in leading the party into government from1973 to 1977.
He served both as an MEP and as a Dail Deputy.
He set up his own business, CIPA, and conducted public affairs on behalf of a series of blue chip companies.
He was Chairman of Bord na Mona for 10 years, overseeing the greatest rescue job ever accomplished in an Irish Semi State.
He Chaired SEAI for 5 years.
With the help of a friend, Niall Greene, he set up Irelands leading independent think tank, the Institute of European Affairs. They bought the premises in North Great Georges St. They took the risk on themselves because Brendan believed that Ireland needed a body which would help Ireland understand and influence the EU, and be a profound connection between both.
For his work in bringing Europe and Ireland closer together, Brendan as honoured with an adjunct professorship at the University of Limerick.
In his sixties Brendan went back to University to study and qualify in old Irish. He was this extraordinary apparent contradiction, a profound lover of everything Irish, as well as passionate Europhile. We were all delighted to be in his presence when he was awarded the Legion D’Honeur by the French Ambassador.
Brendan could appreciate how the trends in world affairs were unfolding. He set up the Irish China Institute to encourage connections with the worlds emerging economic leader. He celebrated China’s and Deng Jaoping achievements in lifting 800 million out of poverty.
Since it’s inception Brendan sat on the Board of Mainstream Renewable Power. He was appointed Strategic Manager of SuperNode when it was set up in 2018.
To Brendan family was everything, and like all grandfathers took enormous pleasure from interacting with his grandchildren. He loved his wine, football of all hues, but particularly the Dubs. He died before they could do 6 in row, something that would have brought him utmost pleasure.
He was the very best of friends and mentor.
When some people die its like a little hill gets blown away. When Brendan Halligan died it was like a mountain being washed into the sea. 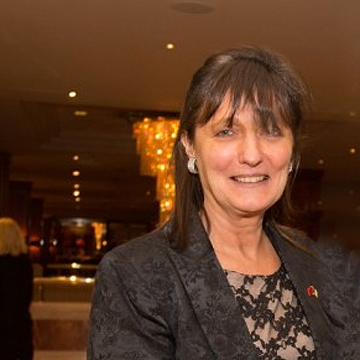