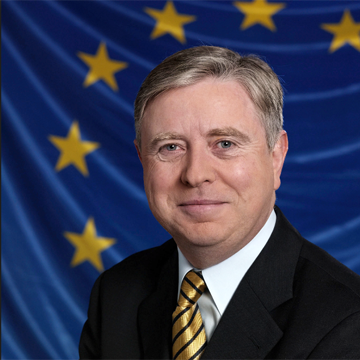 Pat Cox originally engaged with the political world as a respected current affairs journalist. From 1982 to 1986, he reported for Irish national television’s “Today Tonight” programme on cutting edge Irish and international news. Having graduated from Trinity College as an economist and worked as a lecturer in economics, he became actively involved in politics in the late eighties as founding Secretary General of the Progressive Democrats in Ireland. He was elected to the Dáil representing Cork South-Central 1992 and served as the party’s finance spokesman.